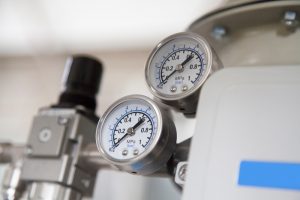 If you have a boiler in your home—a tank that uses hot water to heat the home rather than heated air—it may seem nearly invincible. Our customers love their home boilers, especially new high-efficiency systems. Radiant heating sends warmth throughout the home, rather than warming the air. Since water retains heat better than air, the difference in comfort levels is often astounding.

Boilers are long-lasting, durable systems. Unfortunately, that doesn’t make them invincible. Keep your boiler maintained and you may reduce the chances of needing repair, but these repairs can still become necessary at any time. Be on the lookout for any signs of trouble, and if you find them call our boiler experts!

Scale is one of the boiler’s biggest natural enemies. It’s common for water in our area to have extra minerals in it, like calcium. This may sound like a good thing, at least for your health, but it can do serious damage to pipes and boiler tanks.

Eventually, mineral buildup can do major damage to your tank as it builds up near the burners and wears away the lining. This is called “kettling.” You might hear a loud banging or rattling from the tank in time, which means the issue has gotten serious and the system is struggling to maintain heat and pressure levels.

Your technician may suggest one of several repair options. Flushing the tank might be an option, but treating the boiler feedwater is the only way to eliminate the problems in the pipes that run from the boiler. Chemicals may be added to the tank to dissolve minerals and lower buildup in the system. You might also consider a water softener to protect the plumbing throughout your entire home.

Finding water on the ground or surfaces around your boiler can be nerve wracking. More often than not, though, it is a relatively minor problem. That said, in a boiler system, some leaks are more serious than others. We’ll start with the bad news: if the leak is coming from the tank itself (rather than any valves connected to it), you probably have to replace the whole system. It has started to corrode through, and once this begins, there’s no stopping it.

However, many leaks can be sealed or parts replaced to repair the issue. If the temperature and pressure valve is leaking, for example, we may only need to adjust the pressure in the tank or replace the valve. If it’s happening at a pump, we may have to replace that whole pump (but at least your system remains intact).

Finally, if the boiler won’t heat up the home properly—if, for example, some parts of the home seem cold while others are quite warm—it may have to do with the pumps that move water around. A pump motor could slow or break down completely.

Sometimes, only a small electrical component needs replacement. In fact, there have been times we’ve found that the circuit breaker simply needs to be reset! However, it could be that you need to replace that single circulating pump, and we can handle that for you.

The ignition system lights the burners that heat up the tank and allow the boiler to do its job. When they break down, the boiler simply won’t work. Modern systems use electrical ignition, but older systems still use pilot lights, and both can be subjected to mechanical failure in the right circumstances.

If your boiler system’s pilot light is going out it there are a few possible problems. The thermocouple could be broken, and is easily replaced. Sometimes the issue is as simple as dirt buildup on the pilot, and all that is needed is a bit of cleaning. Whatever is causing your pilot to go out, a professional technician such as those at BZ Dependable should be able to diagnose and resolve the problem completely.

Going hand in hand with leaking is the problem of overheating, which often happens when your boiler hasn’t been serviced in a while and sediment has built up in the tank. It lowers the amount of water the boiler can hold, which leads to overheating, higher pressure, and leaks. You can prevent this problem by scheduling regular maintenance sessions to clear out the sediment.