Call Now
Home / Heating / WHAT IS KETTLING AND WHAT DOES IT MEAN FOR MY BOILER? 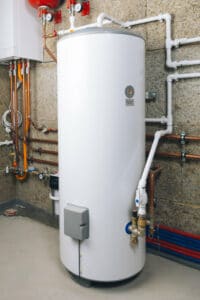 Here in New Jersey, boilers are a common way of heating your home. An existing radiator system can cost a great deal to replace, especially if the boiler doesn’t continue to work as it should. Noise from your boiler, such as rumbling or banging sounds, can often indicate a problem in need of repair. The causes can vary, but if your boiler is rumbling, it pays to consult your boiler repair experts at BZ Dependable Plumbing.

It’s pretty likely that you’ve been around your boiler a few times while it’s been operating. Most of the time, a boiler is no more noisy than any other heating system. If you hear a deep rumbling noise coming from your boiler when it’s on, however, it’s a sign that something is wrong. This rumbling sound is part of an issue called “kettling,” called such because it essentially makes your boiler into a giant tea kettle. Here, we’ll examine what causes kettling, and why you should have it looked at as soon as possible.

Hard water is the term for water with a much higher concentration of minerals in it than normal. It is common throughout the Midwest, though it can affect some areas on the coasts as well. This kind of water is especially hard on pipes and faucets, causing calcification and rust. In a boiler, however, the biggest problem is the formation of lime scale.

When the hard water leaves mineral deposits on the heat exchangers, the mineral deposits can cause some of the water to be heated too much. This creates air bubbles which make noise when they collapse. Kettling is a sign of inefficient heating, so call a professional if you think this is the issue with your boiler.

What Kettling Can Do

Kettling is very unhealthy for your system, and should be addressed immediately. Kettling can prevent your boiler from adequately heating the house, by restricting its ability to distribute enough hot water. The increased pressure from the water expanding can also wear out your heat exchanger much faster than normal, causing leaks to occur. It is commonly thought that, due to the sound and the obvious pressure concerns, boilers that are left kettling for too long may explode. Modern boilers have multiple safety measures installed to prevent this from happening, so it isn’t anything to worry about.

Regardless of the cause of boiler noises, the situation is serious enough to merit a call to a professional. Most boiler systems will shut off automatically when these problems get bad enough, but in the meantime, they will cost you wasted energy and higher monthly heating bills. In Teaneck, NJ and the surrounding areas, boiler repairs can be handled by the experts at BZ Dependable Plumbing & Heating, Inc.. We can pinpoint the reasons your boiler is rumbling, and enact repairs right away. Give us a call to set up an appointment; you’ll be glad you did!